Would you like to switch to the accessible version of this site?

Don't need the accessible version of this site?

The Brain and Chiropractic 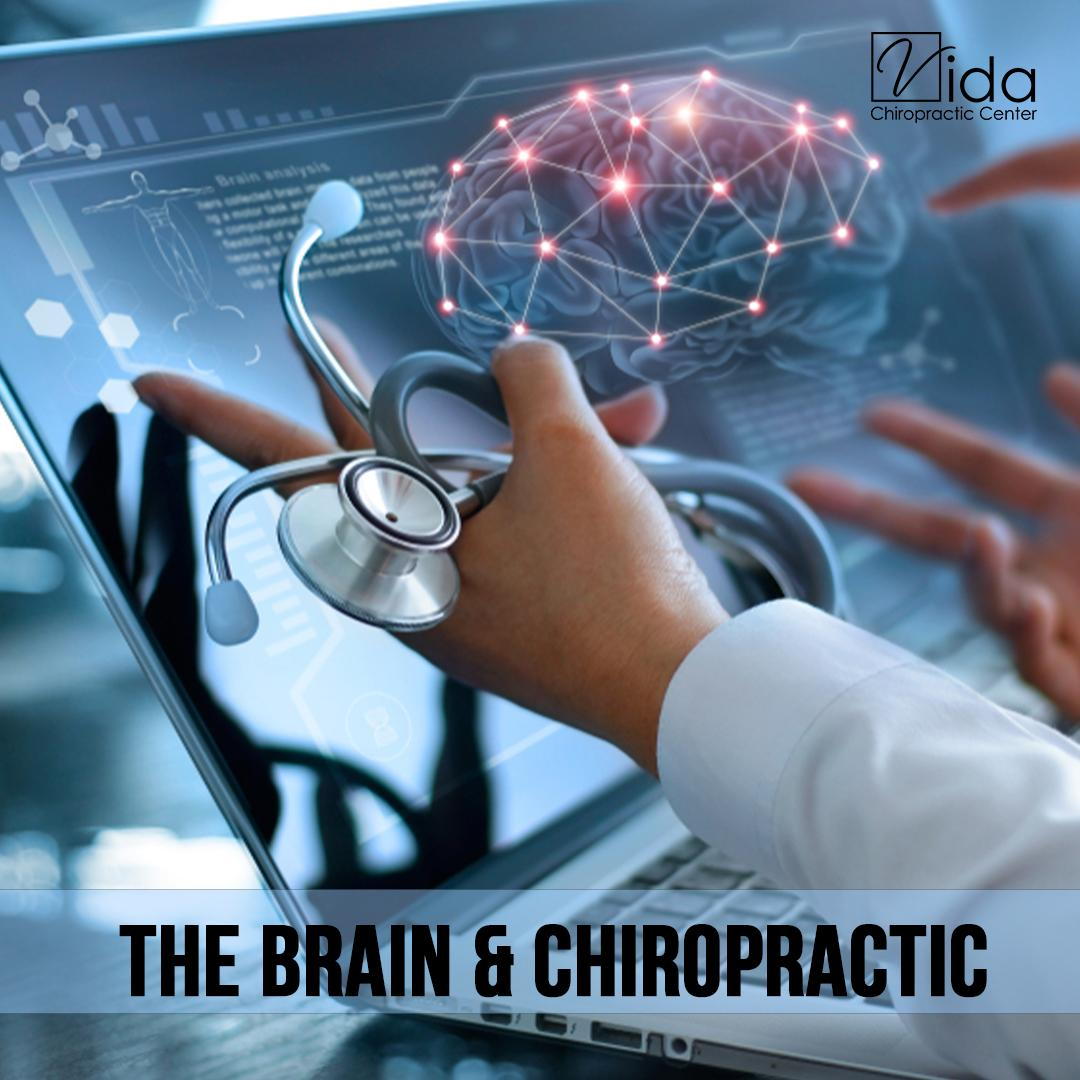 The Brain and Chiropractic

The topic of how chiropractic care influences consciousness may sound like an entirely philosophical subject, but as we take a tour of the research we can see that the two are very much connected. Last week, in the second instalment of this series, we covered how even low back pain and subclinical neck pain can have an effect on consciousness. Now we move into a complex yet fascinating area of research – how chiropractic care can cause neuro-plastic changes in the brain, impacting not only pain and proprioception, but also cerebellar and prefrontal cortex activity.

For the sake of this series, we are defining consciousness as every waking thought, experience, or sensation – from the sensations (heat, cold, pain or tingling, vision and the other sensations) through to feelings (ie. Love, fear, or happiness) and our ability to think, problem solve, experience a memory, imagine, and interact with our day. It’s a big area, one that takes us into some basic science as well as chiropractic-specific research when postulating whether a person’s consciousness is expressed more fully under chiropractic care.

In 2016, a study was published in the journal Neural Plasticity. Partially funded by ASRF and undertaken by chiropractic-research powerhouses Holt, Haavik, Murphy and colleagues, the study revealed that adjusting the spine changes brain function [1, 2]. Not only did the study take a fourth documented look at brain function post-adjustment, it was studied and confirmed by an independent medical researcher [2]. Both facts were big boons for chiropractic.

In an interview with ASRF, Dr Haavik remarked that, “The study showed a change in brain function by almost 20% on average.” This included significant changes in the prefrontal cortex. Dr Haavik explained that [1]:

“This is solid scientific evidence that adjusting the spine changes the way the prefrontal cortex of the brain is processing information from the arm. It demonstrates we change the way the brain works and shows that spinal function impacts brain function. One of the most interesting things about the changes we observed was that the prefrontal cortex is responsible for behaviour, goal directed tasks, decision making, memory and attention, intelligence, processing of pain and emotional response to it, autonomic function, motor control, eye movements and spatial awareness [2].”

Admittedly the study in question only captured data from the arm to the brain, but given the study design and the fact that changes occurred in the brain, it could be replicated to take data from any limb or expanded to include other sensory inputs.

It raises some poignant questions too: Given the increase in prefrontal cortex activity post-adjustment, could chiropractic care potentially boost mental clarity, goal setting and attainment, memory, learning, attention, emotional regulation, and more? Could chiropractic lift these elements of consciousness? There is a world of research still to be done, but all indications point to a ‘yes.’

Imagine this: In terms of greater levels of consciousness, chiropractic care may be of as much help to a CEO, scientist or problem solver as it is to an athlete or chronic low back pain sufferer. We need more research to back up our claim, of course, but the indications are there.

The study followed a 2015 work on H-reflex and V-waves, which found a 45% increase in the drive from the brain to the muscle post-adjustment (among other things). “What we can say based on this study is that when we adjust subluxations, we improve strength, we prevent fatigue and we change the way the brain drives our muscles,” said Dr Haavik [3,4]. “There was a change in the H-reflex happening at the spinal cord level. Our results were showing that change (in the H-reflex) isn’t a spinal cord phenomenon. The brain was changing that reflex effect.”

We already know one thing beyond doubt – the chiropractic adjustment changes the structure and function of the brain and boosts prefrontal cortex activity [1-4]. Therefore spine function impacts brain function, and in an area of the brain that is important for parts of consciousness.

That is no small discovery.

Chiropractic and the Cerebellum

We are starting to see research that indicates changes not only in the prefrontal cortex, but also in the cerebellum. Basic science shows us that the cerebellum plays significant roles in pain, motor control, motor learning, posture, precision, proprioception and timing.

We also know that:

It houses the mechanism for timing and coordination of movement [6].

It impacts modulation of proprioceptive input and higher cortical functions [7].

A current “theoretical model suggests that the cerebellum modulates activity and aids in learning through the formation of internal schema and network connections that dictate the needed movements for executing a task [7].

Yet, as Baarbe et al pointed out in their neck pain study in 2018, it was not clear how the cerebellum might interact with the motor cortex in people with recurrent pain [8]. Thus, Baarbe et al sought to study cerebellar inhibition pre and post spinal manipulation in neck pain patients when compared to healthy controls.

This line of research shows us something: Neck pain may change cerebellar-motor cortex interaction for the worse, but chiropractic care can reverse that inhibitory affect. In terms of movement, pain, and skill acquisition, we are impacting a person’s ability to perceive, process and respond to their world – we are once again elevating consciousness when we adjust.

Theoretically (given the impact on cerebellar function), this could lead to improvements in motor skills, posture, proprioception, coordination, motor learning and other functions of cognition including executive functions.

Each individual aspect of cerebellar or prefrontal function is a rabbit warren of paths to go down. For example, even elevating posture could elevate consciousness. We see this in Dr Michael Hall’s discussion on stress, and how posture and mood, anxiety and depression link [10, 11]. There is a plethora of research that illustrates a link between pain and various aspects of brain function as well, so it should come as no surprise that the ripple-effect of chiropractic care could not only alleviate pain but elevate the patient’s expression of and interaction with life also.

Research is now offering up a growing body of work around how chiropractic care impacts sensorimotor integration and somatosensory processing, and by virtue of this the parietal cortices. But just how might these be functions of consciousness?

The somatosensory system is all the neurons and pathways that respond to changes inside the body or on the surface of it. Whether they be thermoreceptors, mechanoreceptors, chemoreceptors or nociceptors, these neurons send messages to the brain about the state of the body. Sensations of heat, cold, smell, movement, and pain are influenced by this somatosensory system.

The brain then processes this information via the parietal lobe, and responds to it. It interprets this multisensory data, regardless of the individual’s state of afferentation or dysafferentation. But as research reveals, these impact on reaction time. The brain can only respond well if it is given good information. Garbage in – garbage out. With more nociception and less proprioception, with more dysafferentation than afferentation, our reaction times slow and the strength of the signal can become dull.

It seems that the subluxated state, that is the interfered signals that cause dysafferentation, dulls or dims consciousness. Similarly we can hypothesise that the converse is true – that the adjustment brings about more normalised CNS function, resulting in more appropriate and accurate processing and integration of these signals. This elevated post-adjustment brain function would bring about more fully expressed consciousness.

But peering deeper into somatosensory function alone, the research is promising. We have research indicating that 12 weeks of chiropractic care resulted in improvements in sensory and motor functions in older adults [13]. While this was research specific to decreasing falls risk, it once again illustrates the potential for chiropractic to elevate sensory aspects of consciousness. Subclinical neck pain has also been found to alter multisensory integration [14].

It has long been accepted that chiropractic care can help with neck pain but it has only been in recent years that we have started to grasp the aspects of brain function (i.e. consciousness) that may also be affected. Other work that backs chiropractic’s ability to improve somatosensory function is evidenced in:

The effects of 12 weeks of chiropractic care on central integration of dual somatosensory input: A Pilot Study [15]. This study demonstrated both decreased pain and increased somatosensory evoked potentials in chronic pain patients.

Through the work of Palmgren, Sandström, Lundqvist, & Heikkilä, (in 2006) we also see that Chiropractic impacts cognitive and language development.

Work undertaken by Haavik, Murphy and colleagues between 2007 and 2013 has also shown neuroplastic impacts of chiropractic in terms of central and sensorimotor integrations, intracortical inhibition, motor processing, primary sensory cortex, the primary motor cortex, the prefrontal cortex, the basal ganglia and the cerebellum [18].

Time simply does not permit a full analysis of how each of these could elevate consciousness. But nestled within this wealth of research is a clear picture: chiropractic care does not just fix necks and backs.  When we apply a philosophical lens to the research that examines the neuroplastic effect of the adjustment, we can suddenly see what it actually means when a patient gets up off the adjusting table and says, “Okay! I feel better. I can take on my day now.”

That statement has too often been brushed off as subjective and anecdotal. But perhaps it is actually an indication that by applying the everyday magic of the adjustment, we are actually clearing interference, firing up the prefrontal and parietal cortices, improving cerebellar function, and awakening a world of potential inside the brain of the patient as they walk out of the practice.

Tune in next week when we talk about ascending information and the non-neurological correlates of consciousness.

Find us on the map